Born in France, Valérie Letellier grows in Geneva. Alongside her studies of philosophy and history of religions, she begins training in the Swiss Federation of Journalists and works for several years in the press media, audio and written. During her university studies, her interest in primitive Christianity leads her to consider the Christian gnosis and work on the apocryphal writings, written in Coptic. Also fascinated by Zen Buddhism, she spends several years in Japan in order to develop a work on Rinzai School. There, facing a singular semantic world, her interest in linguistics is confirmed, then, back in Europe, she delves into Lacanian psychoanalysis and begins the writing of a thesis on language and castration.

Opera enthusiast since childhood, music and voice remain for her the most amazing conjunction of the creative act. After participating in the development of La Citadelle de Verre (The Glass Citadel) as co-lyricist with librettist Pierre Christin – an opera composed by Louis Crelier, that will be created on stage in 2016 - she begins writing a new libretto set in Japan, Les Faiseuses d’Anges (The Angel Makers) that she will direct in creation at the Théâtre du Concert in Neuchâtel (Switzerland) on July 6-7-8, 2018. Then she looks at the role of the great female figures in the Judeo-Christian writings. Among these biblical «heroines», the destinies of the mother of Christ and of Mary Magdalene hold her attention and she writes La Passion selon Marie (The Passion according to Mary), opera libretto born from the desire to stage a journey of women indulging to their thirst for absolute that finds in mystical union its resolution. Then, her multiple stays in Marocco, close to the berberian world brings her to write a libretto on another heroic female figure : La Kahena.

Valérie Letellier presently runs the association Lyrique en Scène for the promotion and diffusion of swiss and french-speaking lyrical works. She is a member of the Swiss Author Copyright Societies (SSA and SUISA). 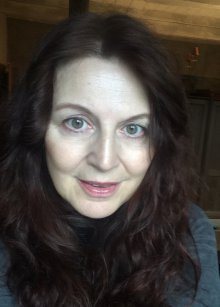